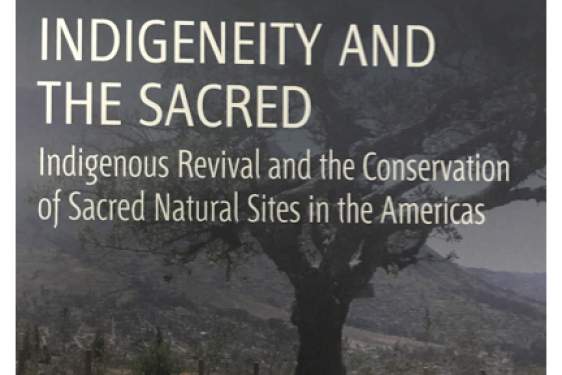 Indigeneity and the Sacred

Tue, 10/10/2017 - 12:12pm
A new book on sacred natural sites, Indigeneity and the Sacred: Indigenous Revival and the Conservation of Sacred Natural Sites in the Americas, was recently published by Berghahn Books: The conservation of sites that indigenous people hold sacred has taken urgency as globalization and population growth increased demands for resources in the mountains of the Western Hemisphere.  Fausto O. Sarmiento, a professor of Geography and director of the…
Tags: discussion, Department of Marine Sciences, pre-med, Genetics, coffee, Four Towers Building 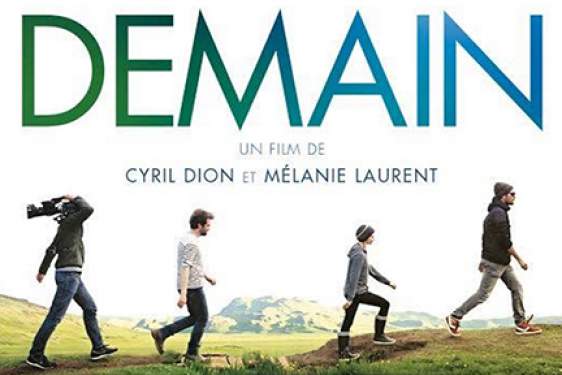 Tue, 01/10/2017 - 12:40pm
The event is part of Cine's Science On Screen series, a grant program sponsored by the Coolidge Corner Theatre and Alfred P. Sloan Foundation that creatively pairs film screenings with lively presentations by notable science and technology experts. Tremendous opportunity for our students, courtesy of the Global Georgia Initiative and outreach efforts of Franklin College faculty members. $5 or free for Cine Members and Students with valid ID.
Tags: The Office of Diversity Equity and Inclusion, Hugh Hodgson School of Music, murals, Genetics, graduate student 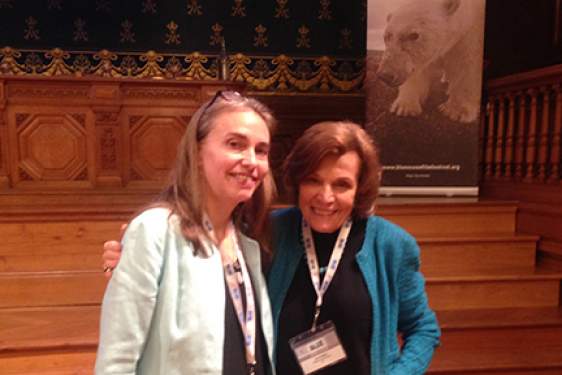 Tue, 11/10/2015 - 10:18am
Formerly Chief Scientist of NOAA, Dr. Earle is a National Geographic Explorer in Residence and was instrumental in adding the oceans layer to Google Earth. Great work, Dr. Joye. The power of film to help address conservation issues worldwide could prove decisive thanks to the tireless efforts of filmmakers, scientists and producers working together to bring attention and support solutions. Image: Samantha Joye with Sylvia Earle, BLUE Film…
Tags: Department of Romance Languages, Visitors, Genetics, industry 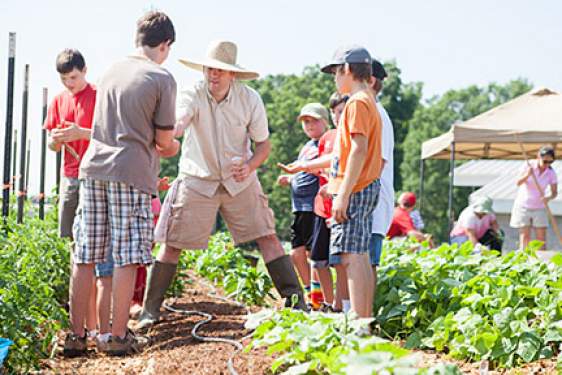 Wed, 10/21/2015 - 11:26am
What role does today's college campus play in broader sustainability efforts? Our scientists and engineers conduct research and develop bench-scale projects that show promise; other researchers document the effects of mankind on the planet, generate new ways of thinking about waste, urban infrastructure and even visual representations of society's conflicting interests and desires. But what of the campus itself? While not isolated from its…
Tags: Computer Science, noted, career, Genetics, Department of Dance, privacy

Tue, 12/09/2014 - 10:03am
A new UGA study in the American Review of Public Administration, from faculty in the School of Public and International Affairs, presents findings on individual behaviors by public employees that is all well and good: Authored by Justin M. Stritch, a former doctoral student in public administration and policy, and Christensen, who also is the school's Ph.D. director in the department of public administration and policy, the research found that…
Tags: Performance, Genetics, horses

Mon, 04/28/2014 - 9:18am
The UGA Office of Sustainability, as part of Athens-Clarke County Greenfest, awarded the 2014 Sustainable UGA Awards to outstanding students, faculty and staff. The Franklin College is proud to be the home of the Sustainable Outstanding Faculty Award winner and the Outstanding Student Award: Landon Bubb, a senior anthropology major from Lilburn, Georgia, is being honored with the 2014 Outstanding Undergraduate Student Award.  As a leader of…
Tags: Computer Science, age, proliferation, privacy, Genetics, Office of Development and Alumni Relations

Wed, 12/19/2012 - 9:47am
From time to time we've mentioned the long-term investments at UGA in people and research on the issue of developing renewable energy sources. The university has cultivated a wide range of expertise on the subject that goes back decades. And all of that research on everything from fermentation of sugars in plant lignin to biodiesel and drought resistant strains of switchgrass would not be complete without also looking at public support for such…
Tags: Genetics, Human Nature, Department of Sociology 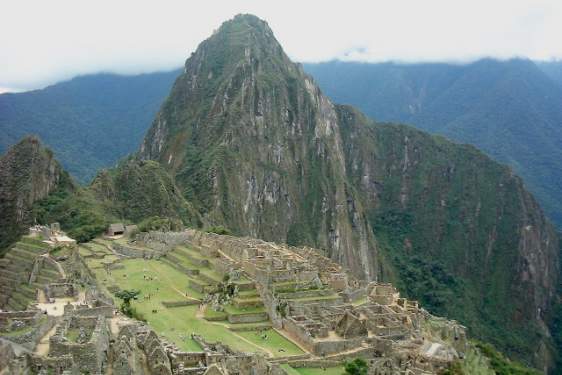